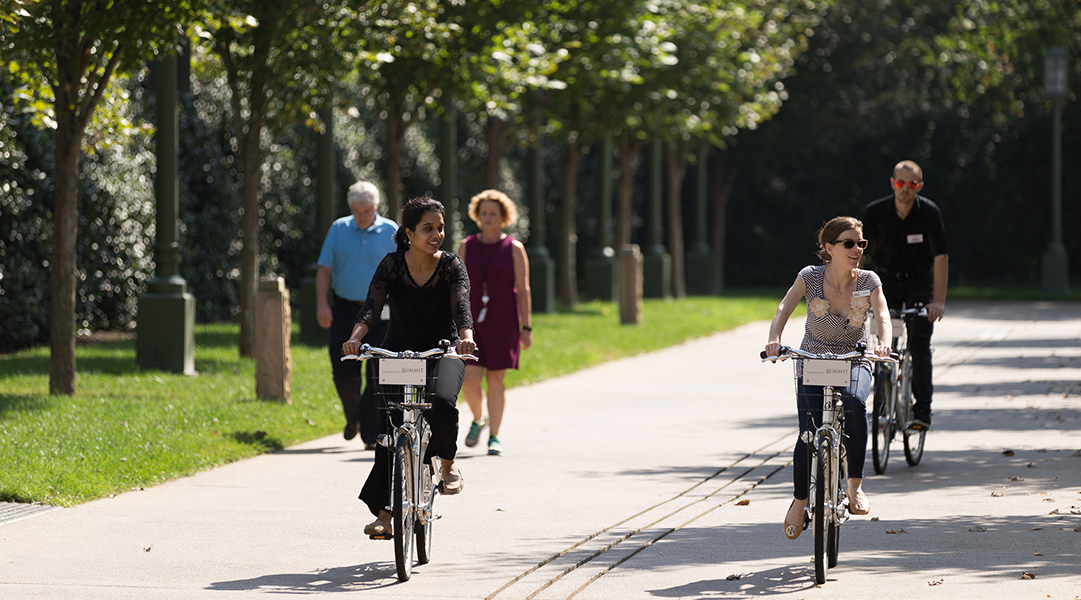 Perimeter cyclists and walkers were out in full-force during some green commuting challenges in October.  Perimeter Connects encouraged new riders and avid cyclists to compete in the annual Atlanta Bike Challenge, Biketober.  This year, teams earned points for their rides and for encouraging new cyclists to join the challenge.

To support Biketober and increase awareness for bikeshare stations, we held a Bike the Block event at Perimeter Summit and a Cruise the Course event at Concourse.  Attendees learned the basics of bikeshare rental and bike safety, took a short ride, and earned fun prizes.

Shout Out to the Cyclists!  With 278 companies and 1,762 riders participating, Biketober was a spinning success.  During the challenge, riders logged 28,955 trips.  Check out all the Biketober winners HERE.  Check out the top teams and their results HERE.

Trails to Transit.  We welcomed our walkers with the Perimeter Promenade, a walking event to promote active transportation and the walkability of the Perimeter area.  At Crown Pointe, we walked as a group along the trail between Building 1050 and Perimeter Pointe Shopping Center, right next to the Sandy Springs MARTA station.  At trail’s end, we met up with representatives from Xpress, who shared details on their two new routes.

The Walking Dead?  The Perimeter Promenade took a peculiar twist the day after Halloween with a walk from the Ravinia food trucks to the Stephen Martin Cemetery.  Our brave souls picked up some particulars on this pioneer-era cemetery from those in the know at the Dunwoody Preservation Trust.  Want to know more about this best-kept secret inside Perimeter?  Click HERE…if you dare!