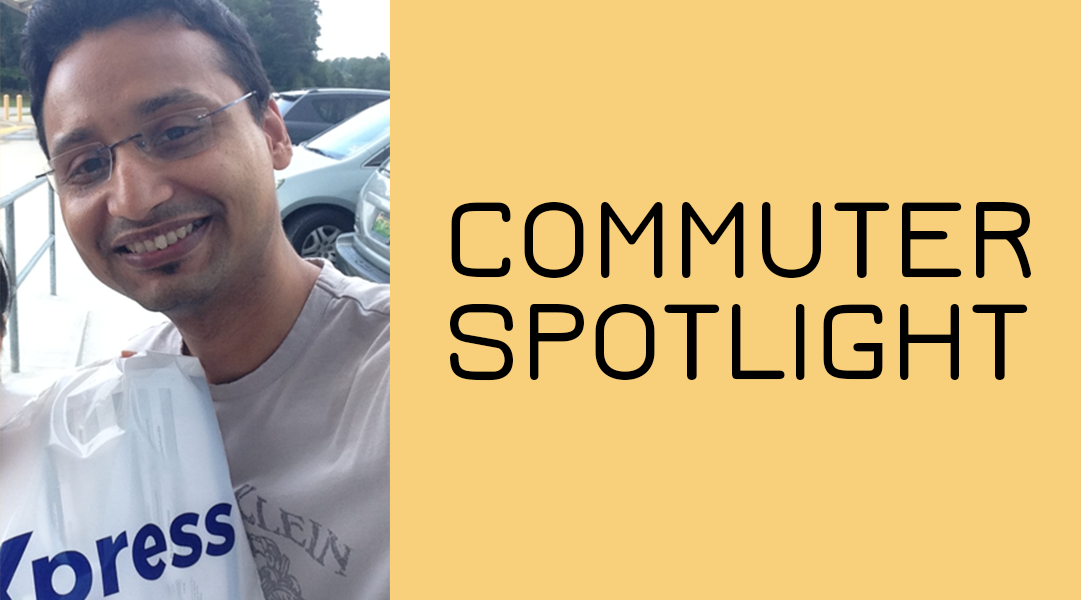 Siddharth however, is no stranger to transit, and is an avid supporter of public transportation. “I lived in Dunwoody before and took the bus too.” These were local MARTA buses though, and he is quick to emphasize that there are differences, and professes that taking the Xpress bus has “spoiled” him. In addition to making fewer stops along the routes, these buses have cozy coach seats, overhead reading lights, and free on-board Wi-Fi.

Overall, the decision to take an Xpress bus was an easy one for Siddharth. “Driving every day at 8am is a pain,” and taking an Xpress bus is the best way to avoid the daily stress and struggle of traffic. Even easier was the decision to continue taking it. “Now I love it because I can work on the bus. I can use my phone to check emails or catch 30 minutes of extra sleep. It’s really comfortable. The best part is you don’t have to worry about stops and delays once you’re on the bus.”

For future riders, Siddharth recommends getting to the Park-and-Ride lot five minutes early, following the Xpress twitter account, @XpressGA, downloading the MyXpress app, and then enjoying the ride. For everyone stuck in traffic, Siddharth leaves you with the question, “Why not use public transportation?”