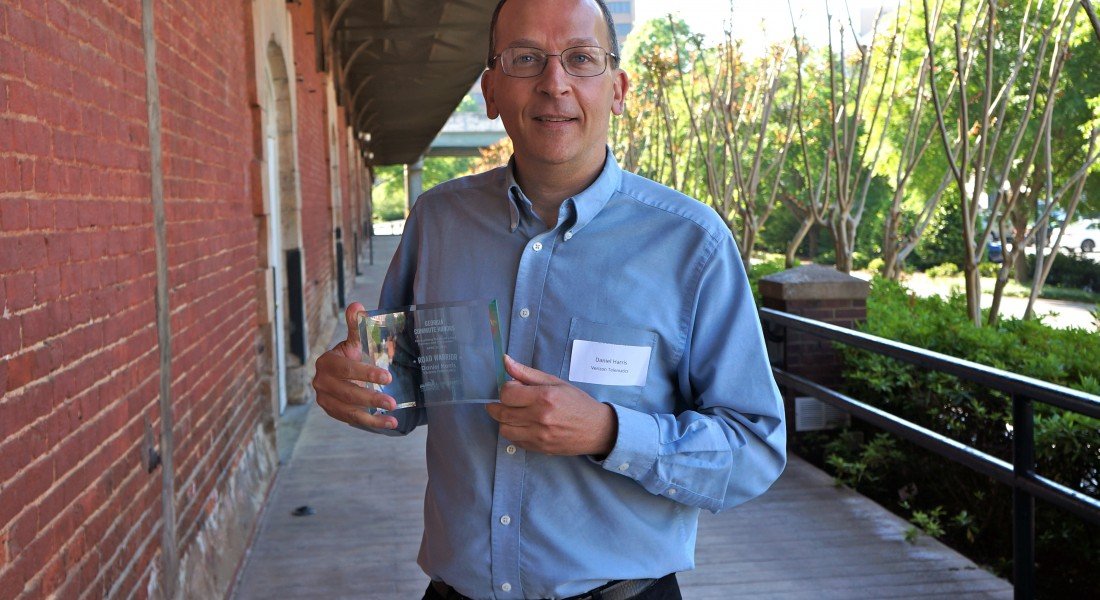 Dan Harris is an avid bike commuter and was nominated for the award by Perimeter Connects A Senior Analyst at Verizon Telematics, Dan bikes five miles from his home in Chamblee to his Perimeter Summit office, located near the intersection of Ashford Dunwoody Road and I-285.. His regular bike commute and enthusiastic support for cycling helped his his workplace win the Atlanta Bike Challenge two years in a row. He also orchestrated a “Try-a-Bike” day at his office, arranging for loaned bikes and instructors from REI to school his colleagues in bike safety—with over 100 riders participating.

During the award ceremony, attended by close to 300 business leaders, transportation officials, and nominated commuters, a short video of Dan’s commute was shown as he came forward to accept his prize. “This was a nice honor,” said Dan. “I appreciate the recognition and hope more people will consider riding a bike to work.”

Since he began logging his trips on the Georgia Commute Options website in 2011, Dan has completed 1252 bike trips for a reduced greenhouse gas reduction of 4987 lbs. In 2015, he logged 185 bike trips.