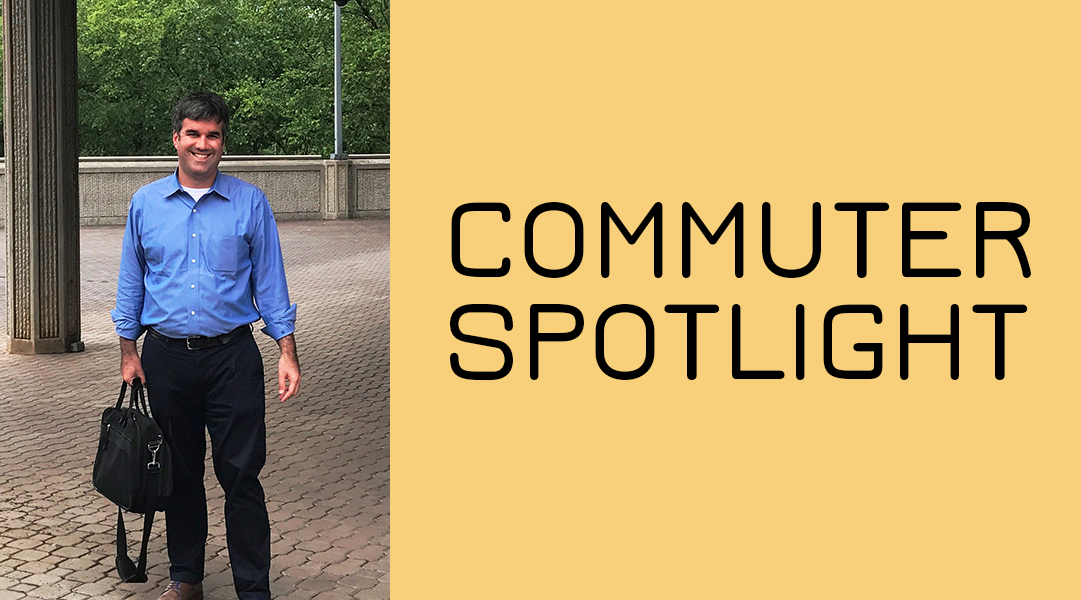 We chatted recently with Ted Fleming, a Perimeter commuter that has altered his commute since the I-85 bridge collapse.  Ted commutes from Buckhead’s Peachtree Hills neighborhood (one mile from MARTA’s Lindbergh Center station) to his job at Cox Automotive in the Perimeter Summit complex (one-half mile from the Medical Center station).  He spoke to us about the impact of the bridge construction on his commute, and his switch to a transit commute.

Perimeter Connects (PC):  What was your old commute like?

Ted Fleming (TF):  Before the bridge collapse, my commute was not that bad – probably 20 minutes up in the morning and 25-30 minutes home in the afternoon.  After the bridge collapse, things got bad, and a lot of traffic was diverted onto and across my usual commute in places I wouldn’t have guessed.  Getting to the office wasn’t bad but it would take me an hour and fifteen minutes to get home.

PC:  Had you ever considered taking MARTA before the bridge collapsed? If so, what kept you from using MARTA?

TF:  I had used MARTA in the past for trips to the airport, Atlanta United games, and other events.  My commute hadn’t been stressful enough for me to consider it for everyday use.

PC:  After the I-85 bridge collapse, what were your first thoughts on how it would impact your commute?

TF:  I’m not sure they’re suitable for putting in print!

PC:  What was your first commute on MARTA like?

TF:  Uneventful – I had talked to a few coworkers who were using MARTA regularly and figured out where I needed to be and when.

PC:  What has kept you riding MARTA? What is the best part of your new commute?

TF:  I drove the Tuesday after the bridge was back up, but every time I’d hit traffic or get cut off, found myself wondering, “why am I doing this?”  In the best case scenario, driving saves me ten minutes.  When I take the train, I can respond to emails, organize my to-do list, or read a book on my Kindle.  So even if it takes a few more minutes, I can DO something with that time.

PC:  How has Cox’s commuter assistance program helped you try and maintain your new commute?

TF:  Cox’s assistance program is fantastic! It is much more convenient now that I don’t have to hit the ticket machine or MARTA’s website.

PC:  If you could give other commuters advice what would you tell them?

TF:  Give MARTA a shot – not just for one day, try it for several days.  It has good and bad moments but so does trying to drive around Atlanta.

Cox Automotive offers employees with the option to purchase heavily discounted MARTA passes with pre-tax funds as part of their comprehensive benefits package. Employees’ Breezecards are delivered directly to them, pre-loaded with fare each month. Additional Cox Automotive and Seven Oaks at Perimeter Summit provide tenants with a last-mile shuttle connection from the Medical Center MARTA station directly to the front door of the building. Learn more about offering employees pre-tax transportation benefits with Perimeter Connects.