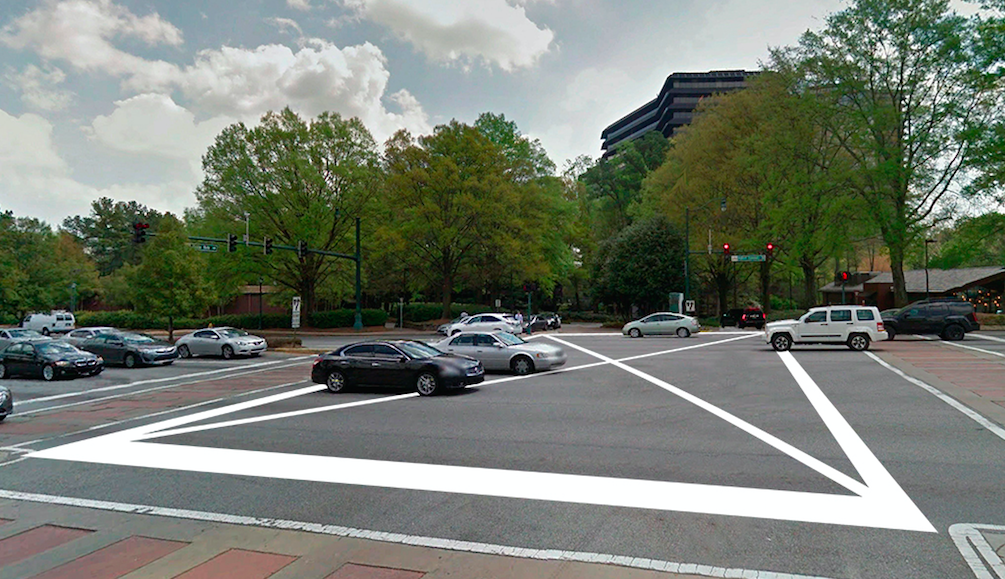 Perimeter commuters will see changes at the area’s busiest intersections. These improvements are designed to help traffic flow more smoothly through the lights and improve the safety of pedestrians. The “Don’t Block the Box” initiative paints stripes on the roadway reminding drivers not to be caught in the middle of the intersection with the traffic light changes.  If a driver’s signal turns red before they get out of the intersection, they are blocking cross traffic from moving forward and preventing mobility in crosswalks and bike lanes. The term “box” refers to the boundary within an intersection created by the new striping. In the state of Georgia, blocking the box is illegal and could cost up to $500 in fines, as well as points on your driving record.

Re-striping of the intersections will occur on an off-peak schedule beginning April 11th (weather permitting).  The following intersections are part of “Don’t Block the Box”: