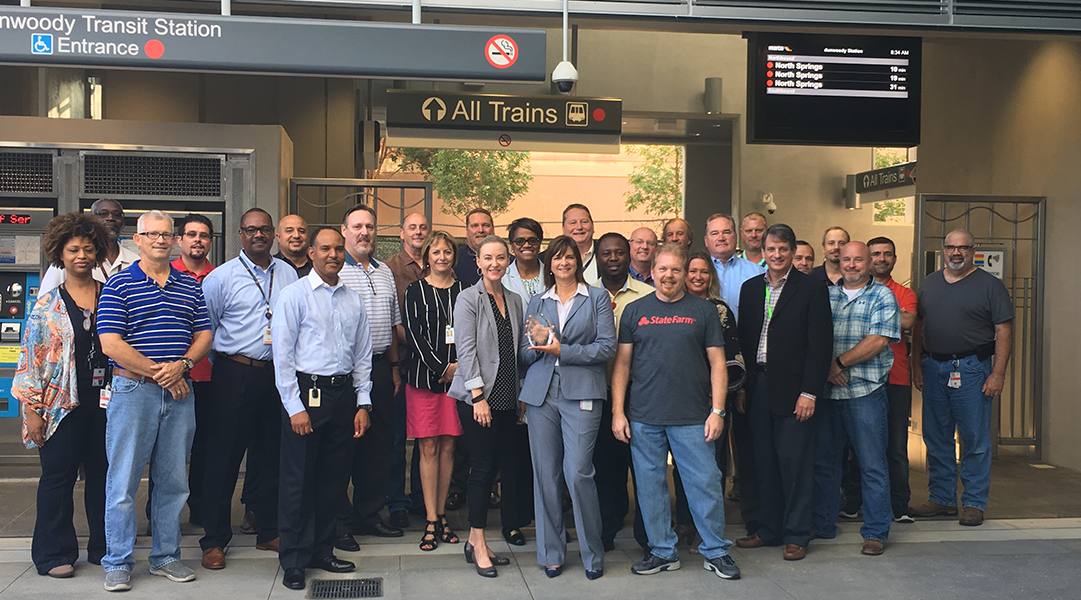 We are honored that the Association for Commuter Transportation has recognized Perimeter Connects with three prominent awards.  ACT awards go to “programs, organizations, and people focused on improving the quality of life of commuters, the livability of communities, and economic growth of businesses.” At ACT’s 2017 International Conference in New Orleans, Perimeter Connects was awarded top honors as the nation’s #1 Transportation Management Association.  Machelle Pelligrini, the hard-working ETC at State Farm Insurance at Perimeter Center, was named Employee Transportation Coordinator of the year.  We are very proud of Ms. Pellegrini, who has long been a champion for green commuting, and has served as ETC since 2012.

Read more about these awards in the Atlanta Business Chronicle.

Most recently, at ACT’s Transportation Demand Management Forum in Las Vegas, Emily Haar was announced as a “40 Under 40” award recipient. Ms. Haar, Program Manager for Perimeter Connects, works daily with employers and organizations in Perimeter to improve air quality and reduce congestion with mode shift programs.